Can you think of a better wedding gift than learning you’ve become a millionaire two days before marrying the love of your life?

“It’s unbelievable,” he said. “It’s surreal.”
The morning after the draw Makpah received an email about his DAILY GRAND ticket through Subscription Spot that said he’d be receiving a call from the WCLC Prize Payout office.

“I had never seen the note about them calling before,” he said.

Curious about the note, he called his soon-to-be father-in-law and went online to match his numbers to the top prize winning numbers for the draw.

Makpah said that while eventually the reality of his win sunk in, his then-fiancée’s disbelief ran a little deeper.

“She wouldn’t believe me until we got here.” he chuckled while claiming his prize in Winnipeg last week.

Thanks to Makpah’s windfall, the newly married couple are now on the hunt for their dream home.

This marks the largest lottery win on a ticket sold in Nunavut, and the largest, most northern lottery prize claimed in North America.

Interview with the Winner! 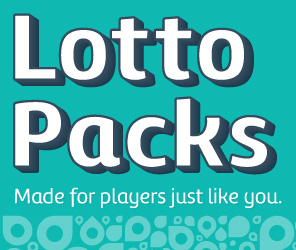