The wait is over! After months of being put on hold to ensure no one was put at unnecessary risk from COVID-19, seven Alberta residents have finally stepped up to spin THE BIG SPIN and THE BIGGER SPIN prize wheels in a two-day event that saw over $3.5 million in prizes awarded! Congratulations to the following winners! 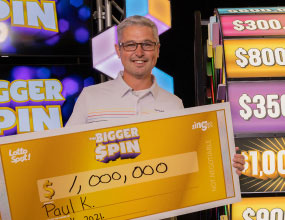 “Oh wow! That’s really something else – this is amazing!”

Kenway is the first ever top-prize winner on THE BIGGER SPIN.

He purchased his ticket in March of this year at the Red Apple Store located at 1701 20 Avenue in Coaldale. 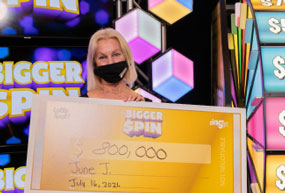 “I was stunned! I wasn’t expecting this when I bought the ticket all those months ago.”

Johnson purchased her winning ticket at the Lotto Express Kiosk located inside Lake Bonavista Promenade, at 101-755 Lake Bonavista Drive SE in Calgary. She bought her ticket earlier this year in March.

“This is incredible. What a great day!”

Briggeman purchased her winning THE BIGGER SPIN ZING ticket at the Terra Losa Shell located at 17056 95 Avenue NW in Edmonton. She bought her ticket earlier this year in May. 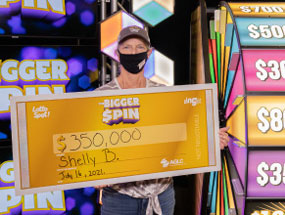 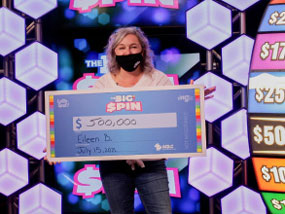 “My heart basically stopped. I really was just hoping for prize that would pay off my mortgage. This will do it and then some!”

Balaban was the first person of the day to win THE BIG SPIN's top prize.

Balaban purchased her winning ZING ticket in January at the Canadian Tire Gas Bar located at 201-5919 2 Avenue in Edson. 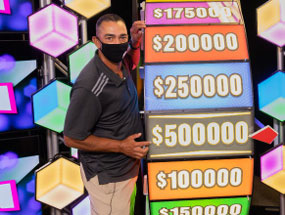 "I'm looking forward to completing some home renovations and taking a vacation when it’s safe to do so."

Rosier was the second person of the day to win THE BIG SPIN's top prize.

He purchased his THE BIG SPIN ticket in February from Sundance Husky, located at 75 Sun Valley Boulevard SE in Calgary.

“I was really happy! “I’m going to build a garage. I’ve waited a long time to build one, and now I’m going to do it!” 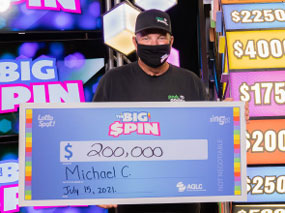 “I can’t believe it! “I’m still shaking – that’s a lot of money! I feel very grateful. I'd like to book a vacation to Bali when it's safe to travel internationally again.”

Dokken picked up his winning ticket in March at the Circle K located at 9375 215 Street NW in Edmonton. 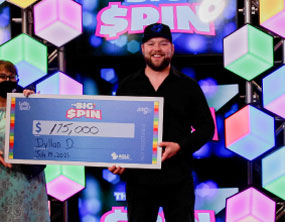 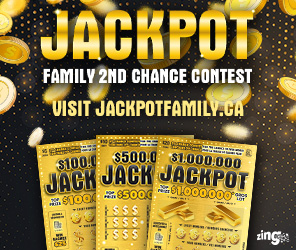