Calgary local Mitchel Dyck says he doesn’t usually play the lottery, but when a cashier asks if he wants a lottery ticket he doesn’t hesitate to say yes.

And when he said yes to adding a ticket for the October 21 LOTTO MAX draw to his other purchases from Centex Bearspaw at 25238 Township Road in Calgary on October 7, he had no idea that that decision would be life-altering. Dyck’s spur-of-the-moment purchase matched all seven winning numbers – 1, 9, 25, 35, 41, 43, and 50 – to win the massive $70 million jackpot that tantalized players for 21 draws in a row this summer.

Calgary’s newest multi-millionaire discovered his win when he asked a cashier to check his tickets at a local store three weeks after the draw on November 7.

“I handed it to the cashier who scanned it; I thought we won $70,000!” he recalled as he claimed his prize. “We tried to count the zeroes, but the numbers flew by quickly.”

“I already had goosebumps!” he added. But those goosebumps were nothing – when Dyck and the cashier realized he had won ten times that amount, he could barely process what was happening.

“Then we started counting and realized it’s $70 million. I thought, ‘is that even a thing!?’” Dyck said, recalling how surreal the moment felt. “It was just something you never expect.”

He explained that the next few moments were a blur – “I followed the cashier to the back room – he was calling the prize office to verify my win, and I wasn’t going to let that ticket out of my sight!” – followed by the stress of having a very valuable piece of paper.

“It was definitely nerve-wracking to have [the ticket] overnight,” he laughed. “We went the next day and got a safety deposit box for it.”

Dyck said he and his family are still adjusting to the idea of having $70 million, and plan to be smart about how they approach the windfall.

“We found a private banker who will help us manage this,” hesaid. “For right now it’s just going in the bank until we can make some more plans.”

Backgrounder
Mitchel Dyck nabbed his $70 million LOTTO MAX jackpot after a record 21-draw rollover from mid-August to late October. His win marks the second time a $70 million jackpot has been won in the Prairie Provinces and the North since the jackpot cap was increased to that level in May 2019.

• This win marks the fourth $70 million jackpot won in 2022 – with two of those wins being on tickets sold in Alberta. In April of this year, a Regina winner picked up a LOTTO MAX ticket in Dunmore, AB on the way to a family ski trip in BC that netted him $70 million – a win now tied with Mr. Dyck’s for the largest in Western Canada.

• This win marks the 13th $70 million jackpot ever picked up by a LOTTO MAX winner.

• At $70 million, Mr. Dyck’s win is the largest jackpot ever won by an Alberta winner. The next-largest win by an Alberta winner was a $65M jackpot in Oct 2019, also won by a Calgary winner who just happened to match all seven winning jackpot numbers on a Quick Pick ticket he picked up at the same store before every draw. That win marked the 200th winner in the Prairie Provinces and the North to be made a millionaire by LOTTO MAX since the game launched in 2009.

• Including this draw, LOTTO MAX winners from across the country have taken home 12 jackpots this year, worth a combined total of over $560 million. In Western Canada, 5 winning tickets have brought home $223 million in jackpot prizes so far in 2022.

Lotto Max is a nationwide lottery game drawn on Tuesdays and Fridays after 8:30 PM (MT). The odds of matching all 7 main numbers on one line are approximately 1 in 33 million for each $5 LOTTO MAX play.

In Alberta, lottery players can purchase tickets from authorized Lotto Spot retailers, or online at PlayAlberta.ca, SubscripionSpot.ca, or via the Lotto Spot app.

Players can check their lottery tickets at Lotto Spot retailers, online at wclc.com, or anytime, anywhere on iOS and Android devices via the ticket checker feature on the Lotto Spot app. 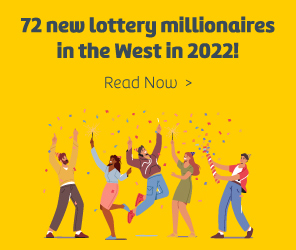 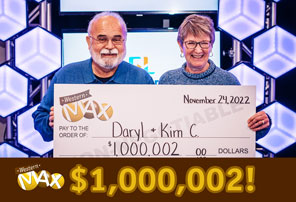