Changes to LOTTO 6/49 are coming this fall

Two multi-million dollar jackpots to be offered on every draw; ticket price remains the same

To celebrate its 40th anniversary later this year, Lotto 6/49 is announcing changes to come this fall that will make the classic lottery game even more exciting for players - who will now have the chance to win two multi-million-dollar jackpots on every draw.

These changes will create more excitement while maintaining the classic elements of the game that are important to players. The price will remain the same at $3 per play, and players will still be able buy their tickets in the same ways they’re used to. Odds to win any prize (on the Classic Draw) will remain the same at 1 in 6.6 per $3 play. Finally, players will still be able to either select their own six numbers from 1 to 49 or play by Quick Pick and receive a 10-digit number with every play.

Since 1982, Lotto 6/49 has generated more than $65 billion in cash sales and paid out more than $32 billion in prizes to players across the country. It has also generated billions of dollars for priority programs and essential services supported by lottery revenue in every province and territory in Canada. 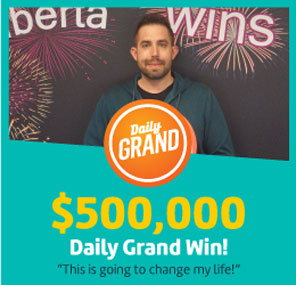